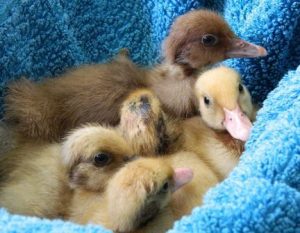 Scorching temperatures have left five ducklings in a sticky situation when they were covered in tar after crossing a melting road yesterday in July 2015. 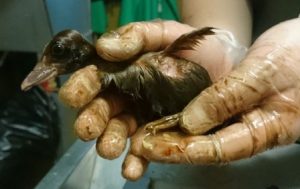 Passers-by found the stricken ducklings stuck fast on to the tarmac in Ashill, Norfolk, and took them to nearby RSPCA East Winch for treatment.

Staff at the wildlife centre used butter to loosen up the tar on the feathers followed by a washing-up liquid bath then careful rinsing.

Manager Alison Charles said: “The weather was so hot yesterday (Wednesday) that the tarmac was melting, so when these poor little mites tried to cross the road they got covered in tar and were stuck.

All five ducklings were so poorly when they came in we weren’t sure they were going to make it. They were absolutely covered in the thick, black muck and were very dehydrated.

But we got to work quickly and started smothering them in the Lurpak butter to try to loosen the tar, before washing it off with washing up liquid and warm water.

It might seem like an odd combination but the butter is an old-fashioned remedy for removing tar and it really works.

Following this process with a warm washing-up liquid bath is really effective.

We have managed to get most of the tar off but three of the ducklings were so weak we only removed the worst of the tar and they will need another wash once they are fit enough.  The ducklings are eating, drinking and chirping away in our orphans room quite happily today.”

Whilst recovering, the Ducklings were able to utilise a large outdoor pool at the RSPCA East Winch Wildlife Centre, which has been covered thanks to supporting from The Katherine Marin Trust.

Without the cover, the pool was redundant because the centre couldn’t stop birds that were not well enough from flying away (which means they would be unlikely to survive) and wild birds, which could have illnesses that might affect recovering wildlife, from flying in. 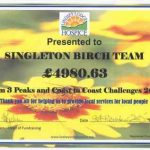 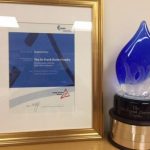