Singleton Birch made their debut in the Waste World Cup 2012 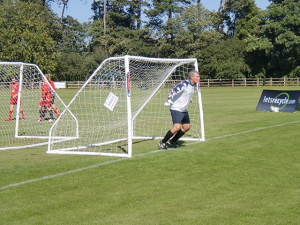 Singleton Birch made their debut in the Waste World Cup 2012, a one-day football tournament hosted by the online magazine Let’s Recycle. This was the tenth anniversary of the event. Twenty mixed teams participated in the competition including Viridor, Covanta, Veolia ES, FCC Environment, Grundon and the ESA. Richard Stansfield and Ben Torn led the attack as Darren Scutt showed his skills in goal throughout the day. Peter Widdowson kicked the goal to win the exciting shoot-out that sent us to the quarter finals. Ashley Evans worked hard on defence to force several key turnovers. Ben also won £100 in the Wheelie Bin Challenge by kicking two balls into a bin from 25m.  The rules required two women on the pitch at all times. Jeanette Perch and Erin Scott were joined by Ashley’s Mum, Michelle Evans, who replaced our star goalie Jacq Bancroft at the last minute after she dislocated her thumb during practice. Our ladies also took turns playing for Veolia as they did not have enough women–they definitely got their exercise for the day! We played well in the semi-finals, but lost 0-1 to PHS, the team who took the trophy in the finals. We all had a fun day out and enjoyed meeting some of our colleagues in the waste store. 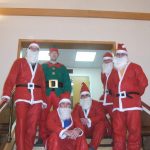